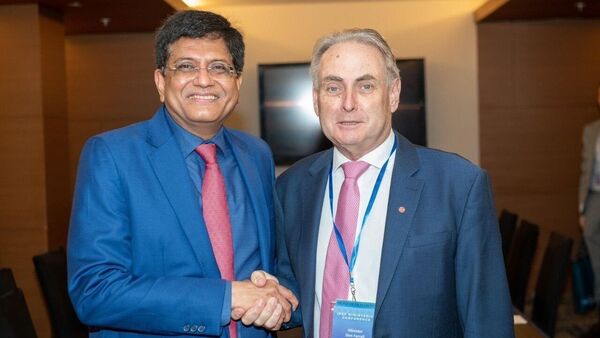 The Confederation of Indian Alcoholic Beverage Companies (CIABC) earlier hailed Australia’s approval of the India-Australia Free Trade Agreement (FTA). Now, Barry O’Farrell – Australia’s High Commissioner to India – has said that the agreement will provide both nations with new opportunities for market access and will ensure Australia and India’s friendship for decades to come: The Australia-India FTA will enter into force on December 29, O’Farrell added.

India and Australia have conducted more trade in the first three quarters of 2022 than they did in the entire year of 2021, which was worth $21.98 billion. India’s trade with Australia reached $22.49 billion in the first three quarters of CY2022, up 62% from $13.88 billion in the same period of 2021, according to data from the Ministry of Commerce and Industry.

The FTA benefits both Australia and India since it expands the Indian wine market for premium Australian wines and supports the growth of the Indian wine sector by using Australian partners’ knowledge and resources, CIABC Director General Vinod Giri earlier said.

Giri said je was happy to add that the industries on both sides are fully supportive of the FTA and that even before the FTA was ratified and that the two industries had already started cooperating through Australia Grape and Wine and CIABC. Quality Australian wines would undoubtedly benefit from easier market access to India, and the Indian wine industry would benefit from the technical collaboration and potential investment coming from Australia, he added.

“Currently Australian law requires a whisky to be matured for at least two years to be classified as whisky in Australia. This is superfluous for us as whisky matures at a much faster rate in the warm Indian climate. We are glad to note that the Agreement envisages setting up a joint working group of the two nations to review this and are optimistic of an early resolution since that would truly open up the Australian market for Indian liquor,” Giri said on November 23.

The above news was originally posted on news.google.com

Craving that poolside cocktail? Grab it at your favourite resort in UP

Alcohol sales in India rose to a four-year high in 2022, says report

Craving that poolside cocktail? Grab it at your favourite resort in UP

Alcohol sales in India rose to a four-year high in 2022, says report

Challenges in supply chain management in the alco-bev industry in India...

Craving that poolside cocktail? Grab it at your favourite resort in...