A maverick crop of Indian distillers is achieving world rankings and sweeping international awards, with proudly Indian single malts made by barley grown in Himalayan belts

It was only in April 2016 that one of India’s oldest and largest distilleries, Uttar Pradesh-based Radico Khaitan, made its entry into single malt whiskies — launching Rampur Indian Single Malt in Las Vegas. Now, it is the latest among a fine crop of distillers to put Indian single malts in the global spotlight.

What sets this whisky apart? Rampur Asava is the first single malt matured in American bourbon barrels and finished in Indian Cabernet Sauvignon casks. Sanjeev Banga, president of international business at Radico Khaitan, home to Rampur single malts, also credits Rampur’s use of six-row North Indian barley. “Since we are located at the foothills of the Himalayas, the groundwater, soil and air shape the soul of all six Rampur expressions

. Our single malt is different yet pleasing, spicy but balanced. It is unabashedly Indian,” he declares.

To most connoisseurs, single malts are synonymous with the Scottish Highlands. But a maverick mix of Indian distilleries is quietly changing that perception, with a range of sophisticated, locally brewed single malts. Whisky accounts for over 60% of the total alcohol consumption in India, with annual sales in 2019 touching 220 million cases. (For context, the spirit alcohol industry as a whole came up to 345 million cases, according to the Confederation of Indian Alcoholic Beverage Companies.)

The journey to a distinctly Indian single malt began in the Deccan Plateau, at the turn of the 21st Century. Rakshit Jagdale, managing director of Amrut Distilleries in Bengaluru, reminisces, “We have been in the liquor business since 1948, but our voyage started in 2004. I teamed up with my father, late Neelakanta Rao Jagdale to create Amrut Indian Single Malt: India’s first single malt to be certified and exported, at a time when there was no reference point for us.”

Amrut tested the waters with various iterations, and 2009 was a watershed year for the brand. “Amrut Fusion Single Malt was rated the third best whisky in the world by Jim Murray’s Whisky Bible. Today, we manufacture 38 malt expressions,” says Rakshit.

A sip of India

So what makes a single malt decidedly Indian? “The grain is a very important aspect of whisky making. Our barley is grown in the Punjab and Rajasthan belt, and we experiment with different varieties to access a bouquet of characteristics that can contribute to flavour through fermentability,” says Rakshit. “From ideation to shelf, it takes around five to six years, while the rare whiskies take seven to nine years to market,” he adds. Amrut Fusion Single Malt distills the best of both Indian barley and Scottish peated grain.

They are matured separately, commingling in bourbon casks, which gives them a subtle peat and a rich fruity flavour. Amrut Intermediate Sherry Single Malt Whisky fuses the flavours of fruit cake, with hints of caramel.

While these drinks are prized as they grow older, the ageing of Indian single malts is complex. “Maturation depends on climatic conditions. In tropical distilleries, we cannot age our malts for too long as the losses due to evaporation are too high. So by a general rule of thumb in these conditions, whisky is aged between four to six years,” explains Rakshit.

Sanjeev concurs: “Our [Rampur] malts are aged in harsh North Indian weather conditions where temperatures fluctuate between 40+ degrees Celsius in summer and around 2 degrees Celsius in winter. This makes the malt interact with the casks very aggressively. Even experts in Scotland agree that due to these variations, aging in India is at least four times faster. A malt aged for 10 years in North India would be equivalent to a 30-40 year old Scotch.” 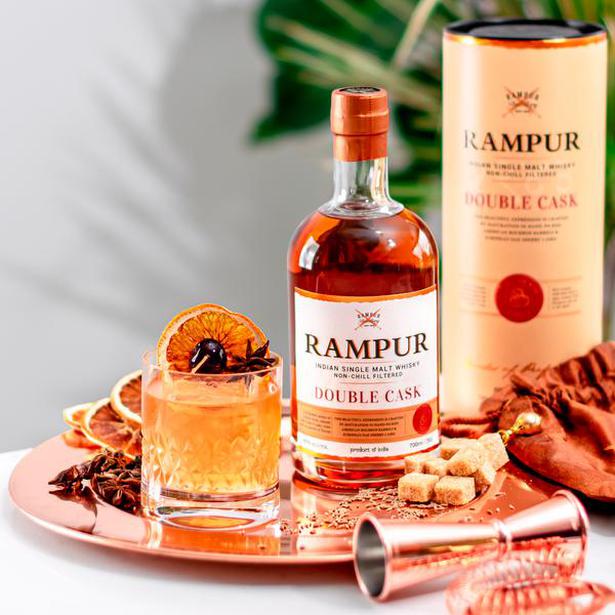 Yet another chapter in the Indian single malt script, has been written with flourish, by John Distilleries. Its operations have straddled eight manufacturing units spread over seven states since 1996, when Paul P John set up a distillery in Goa to primarily focus on single malts.

The formula is simple: six-row barley, harvested in summer at the foothills of the Himalayas, blended with Goan water assisted by locally sourced yeast. With Indian copper pot-stills, specially designed with long necks to create fruitier spirits, the malts are matured in American white oak barrels. 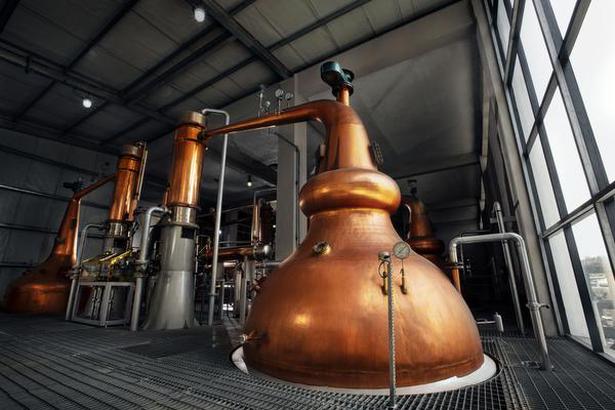 The warm Goan weather helps the malts mature faster. “It takes a minimum of three years to make our youngest single malts, and the oldest are seven years or above. As the liquid evolves, we work to give it the identity it deserves,” says master distiller Michael DSouza.

Nirvana, a bestseller, has a whiff of caramel pudding, with a salt-edged barley and honey on the palate and a lingering finish of vanilla.

The Zodiac Series, with two launches so far, Kanya and Mithuna, looks to the skies for inspiration. Mithuna, the world’s third finest whiskey this year, is named after Gemini, proffering a palate of mocha, tinged with orange peel and delicate spices, that ride on active tannins, gentle oils and dark cocoa tones.

“We have close to three million litres of single malt being matured in various casks from one to 12 years. What drives our prices is the uniqueness, coupled with awards and duty structures,” adds Michael.

Paul John’s Nirvana retails at ₹2,499 and prices are on the uptick for newer launches, available across 18 Indian states including Goa, Karnataka, Kerala and Maharashtra, as well across 45 countries.

While Rampur single malts are currently available in over 45 countries, in India, Rampur Double Cask is only available in the Delhi market (₹7,600 for 750ml), and under the Government of India’s Atmanirbhar Bharat scheme, will be launched across Defence Canteens in 2021. Amrut’s single malts now retail in 21 states and Union Territories in India and 58 countries, with a price range of ₹3,500 for some single malts, and 10 year-aged vintages selling for a hefty ₹60,000 and above.

Vikram Achanta, CEO, Tulleho, which dabbles in beverage education and consultancy, sums it up: “Indian single malts offer a unique experience; the interplay of Indian temperatures and six-row barley offers more protein and less starch than two-row barley used in Scotland, and finally the inventiveness of our master distillers that makes up the magic.”

The above news was originally posted on www.thehindu.com